Be the first to like this update
We would like to say “Thank you” for the people that have donated… It is appreciated… 🙂 We only need another $700 dollars to Move … We only have 3 more weeks to get out of the house … Please help Us … Thank You … The Oney Family ( Kevin, Mary & Erin)
Subscribe to Updates Show More
Donate
Tweet
Share
My Husband was Robbed at Gun Point on Monday August 31, 2015. Our neighborhood has gotten even more violent. We have decided to move to a better neighborhood in Cleveland. We have been fighting Social Services to get our Granddaughter back HOME !!! Our Funds are very low at this time. I don’t want My Family to become “Homeless”. Please Help My Family Get To A Better Neighborhood & Home. My Family would be Grateful & Thankful for the Help. Thank You … Mary E. Oney Man with Parkinson’s disease robbed at gunpoint on Cleveland’s west side

Sourced through Scoop.it from: www.gofundme.com

I carry your heart with me

I carry your heart with me
(I carry it in my heart)
I am never without it
anywhere I go you go,my dear;and whatever is done
by only me is your doing,my darling
I fear no fate(for you are my fate,my sweet)
I want no world(for beautiful you are my world,my true)
and it’s you are whatever a moon has always meant
and whatever a sun will always sing is you
Here is the deepest secret nobody knows
(here is the root of the root and the bud of the bud
and the sky of the sky of a tree called life;which grows
higher than soul can hope or mind can hide)
and this is the wonder that’s keeping the stars apart
I carry your heart (I carry it in my heart)

The battle for Internet freedom isn’t over yet – CNET 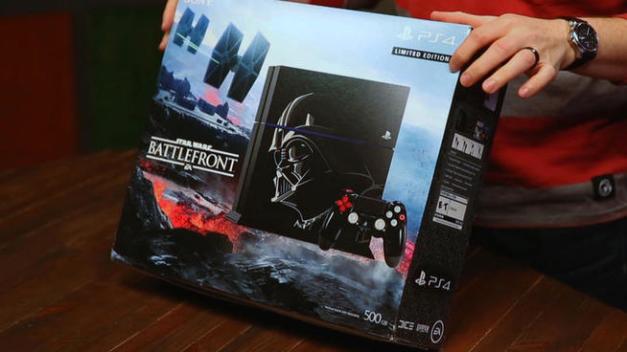 Net neutrality supporters scored a big victory in 2015 with the passage of controversial rules to protect the openness of the Internet, but there’s more drama to come.

Sourced through Scoop.it from: www.cnet.com

After nearly a year of intense debate about how to regulate Internet traffic, the Federal Communications Commission in June put into effect a set of Net neutrality rules designed to ensure that all Web traffic is treated the same. Before the ink was dry on the FCC’s regulations, broadband providers sued the government to get them thrown out.

Federal regulators head back to court this week to defend the rules. Oral arguments in the case will be heard Friday in a federal appeals court in Washington, D.C., with a decision likely to come next year.

The stakes are high: The court’s decision will determine how the Internet will work in the future. And that future looks different depending on which side you believe. If you side with the FCC, the rules will save the Internet from being co-opted by big businesses looking to shut out competitors and control what content consumers see on their computers and mobile devices. If you’re in the other camp, the rules will curtail innovation in services, freeze network investment and send prices for broadband access through the roof.

Net neutrality is the idea that all traffic on the Internet should be treated equally. This means your broadband provider, which controls your access to the Internet, can’t block or slow down the services or applications you use over the Web. It also means your Internet provider can’t create so-called fast lanes that force companies like Netflix to pay an additional fee to deliver their content to customers faster.

Although there is broad agreement with the basic premise of Net neutrality, the FCC’s rules have become a lightning rod for controversy because the commission has reclassified broadband as a public utility. That change places broadband providers under some of the same strict regulations that have governed telephone networks for more than 80 years.

It’s this issue that prompted telephone companies and cable operators to band together and sue the government. They argue the new classification lets the FCC impose higher rates and will discourage companies from building or upgrading their networks. The FCC says it has no intention of regulating rates or quashing innovative business models. The agency argues it reclassified broadband only to ensure it could fight legal challenges that Internet providers may lob its way in the future.

How did we get here?

The issue of how or even if the government should have rules to protect the Internet has been percolating for more than a decade. The FCC had adopted a set of principles for an open Internet in 2005. Three years later when the agency tried to reprimand Comcast for violating those principles, the federal court ruled the FCC had no authority to take such action. In 2010, the agency made good on its promise to protect the open Internet with its first set of true Net neutrality regulations.

Verizon challenged these rules in court, and in 2014, the court once again questioned the FCC’s legal authority. But in a small victory for the FCC, the court acknowledged the agency’s concern that large broadband providers might abuse their power and suggested employing a sounder legal argument based on the 1996 Telecommunications Act.

Chances are you didn’t care about any of this. The general public didn’t start paying attention until June 2014. That’s when comedian John Oliver devoted part of his HBO show, "Last Week Tonight," to accusing cable companies of shaking down regulators to get a rewrite of the rules. Thanks to Oliver’s 13-minute rant, which called on viewers to flood the FCC with comments supporting an open Internet, 4 million Americans contacted the agency, crashing its servers.

With the public rallying support for stricter regulations, President Barack Obama threw his weight behind the plan to reclassify broadband. The issue has been politicized along strict party lines, with the two Republican FCC commissioners opposing the rules and the three Democratic commissioners supporting them.

The fight continues on Friday with oral arguments, and the decision will likely spill into 2016. Coincidentally, the case will be argued before the same court that struck down the FCC’s two previous attempts at Net neutrality. What’s more, David Tatel, the judge who wrote the majority opinion for the court in the first two attempts to defend the FCC’s Net neutrality efforts, is on the three-judge panel.

It’s difficult to say what Tatel’s involvement could mean for the outcome of the case. He’s certainly the most experienced judge on the panel when it comes to this issue. In both opinions, he chided the FCC for overstepping its authority, but the agency believes the reclassification of broadband follows the blueprint Tatel laid out in his most recent opinion.

Others believe that the FCC misread Tatel’s opinion and that the agency has overstepped its authority in reclassifying broadband.

With the same court and the same judge deciding the fate of these latest rules, the FCC and consumers are likely to get a clear indication of just how open the Internet will be in the future.