Field Marshal Douglas Haig, 1st Earl Haig, KT, GCB, OM, GCVO, KCIE (19th June 1861 – 29th January 1928), was a senior officer of the British Army. During the First World War he commanded the British Expeditionary Force (BEF) on the Western Front from late 1915 until the end of the war. He was commander during the Battle of the Somme, the battle with one of the highest casualties in British military history, the Third Battle of Ypres, the German Spring Offensive, and the Hundred Days Offensive, which led to the armistice of 11 November 1918. Haig was known as “The Butcher of the Somme”.

Watch Charlie Chaplin Show You How They Made Movies in 1918 | Movie News | Movies.com 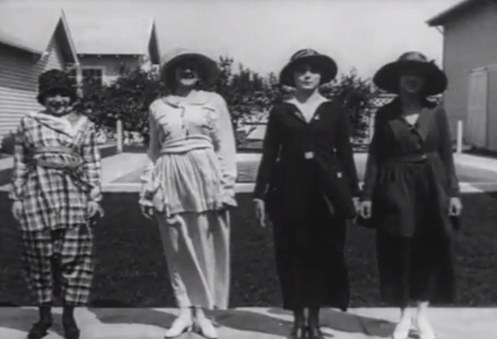 Watch Charlie Chaplin Show You How They Made Movies in 1918. Read this and other movie news, reviews, and more at Movies.com.

Charlie Chaplin is best known for his comedic film roles, but the world’s favorite old-timey tramp was a Renaissance man who directed, produced and wrote his own scripts and musical compositions. By 1918, the film icon reached the height of his fame. He secured one of the first two major motion picture contracts with First National Picture Corporation, along with silent cinema’s "sweetheart" Mary Pickford. That year, the company reportedly rejected Chaplin’s reel for a film called How Moving Pictures Are Made. The short promises what it advertises: behind-the-scenes clips of Chaplin going about his moviemaking day (eating a lemon with the utmost absurdity, toying with his mustache, goofing off by a pool), film being processed (in what could double for an alchemical process conducted in a witch’s cauldron), set construction, makeup tests and more. It’s a fascinating look at cinema’s early days, but reportedly the film was never constructed in its entirety. The movie was shelved, but footage appeared in 1959’s The Chaplin Revue. In the early 1980s, a restored version was created, retitled How to Make Movies. If you have a spare 20 minutes, it’s a fun little history lesson.