The Caucasian Chalk Circle (German: Der Kaukasische Kreidekreis) is a play by the German modernist playwright Bertolt Brecht. An example of Brecht’s epic theatre, the play is a parable about a peasant girl who rescues a baby and becomes a better mother than its natural parents.

The play was written in 1944 while Brecht was living in the United States. It was translated into English by Brecht’s friend and admirer Eric Bentley and its world premiere was a student production at Carleton College, Minnesota, in 1948. Its first professional production was at the Hedgerow Theatre, Philadelphia, directed by Bentley. Its German premiere was in 1954 at the Theater am Schiffbauerdamm, Berlin. The most known version of Caucasian Chalk Circle and by many critics from the whole world the best is Georgian version of Rustaveli State Drama Theatre by Robert Sturua. The Caucasian Chalk Circle is now considered one of Brecht’s most important plays and it is one of the most regularly performed German plays.[citation needed]

The play is a reworking of Brecht’s earlier short story, Der Augsburger Kreidekreis, and both derive from the 14th-century Chinese play Circle of Chalk by Li Xingdao.[1] 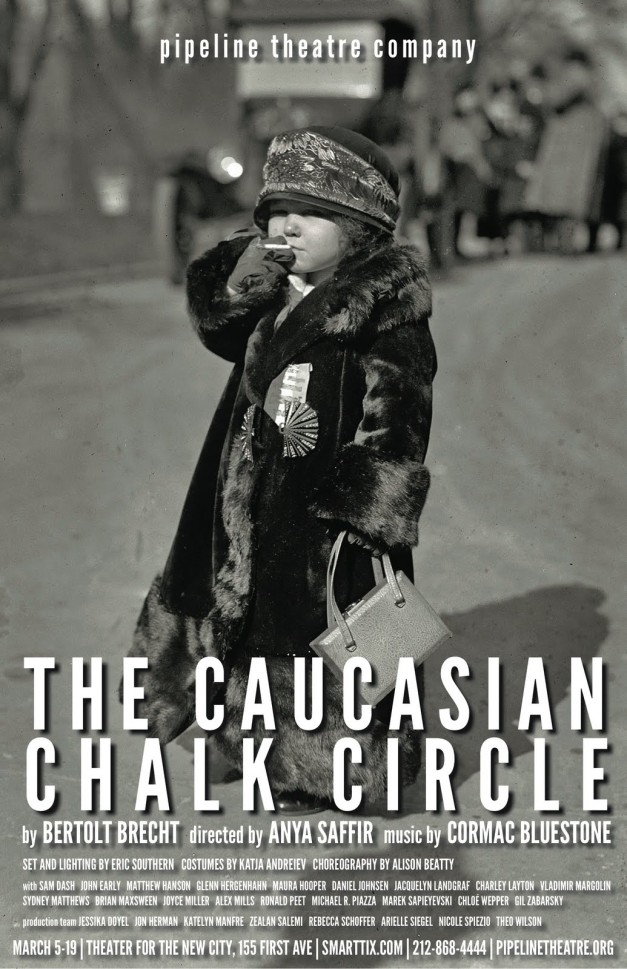