If you are still under lockdown, let me provide you with some entertainment: a free link to a 40 minute historical play that I wrote and performed (Raising a Revolutionary) and a contemporary comedy by Onur Tukel, which will be released on July 3rd. You can already watch the trailer. I. Film release Onur Tukel’s Black Magic for White Boys

Director Onur Tukel | 2019 | 105 Min; Series Option (6 x 25 Min.) | Comedy | USA | English Fantastic news: the trailer of Black Magic for White Boys has been released and the film will be available on VOD platforms from July 3rd on:

“The eccentric, nostalgic Black Magic for White Boys, set mostly in a flea-bitten New York theater, has a little bit of Woody Allen in its DNA.”
– The New York Times
I play Lucy, the magician’s assistant. Here is the link to the trailer: https://www.youtube.com/watch?v=vdY6Khk6OE8

II. Zoom Show Raising a Revolutionary available till July 15th
My last email sparked a lot of confusion. People thought my play was a film, and that it was part of the film program that I curated. FALSE! These were two separate events, both hosted by the Theater for the New City. No worries, if you’ve missed my play, which was live-streamed and adapted for zoom due to COVID 19, you can still watch it through this direct link:
https://www.facebook.com/watch/live/?v=178478433601183
I will keep it up free of charge till July 15th to give everyone a chance to watch it during this pandemic.

Theater for the New City presents: Raising a Revolutionary

“With a criminal record and a vengeful ex-husband, Rachael Faucett attempts to keep food on the table and prepare her son – Alexander Hamilton – for the harsh realities of the 18th century Danish West Indies.”

III. And here is the Eva Quiz:
What did Eva do during the pandemic? A Eat and drink like a monkey, watching Netflix B Laying in bed, watching news and bitching about 45 C A festival, a film and a zoom performance D She learned how to edit in iMovie E She tried out new recipes to great success F All of the above
Who the hell was or is Alexander Hamilton? A The son of a whore during the French revolution who had some sort of bodega from which he sold guillotines and wigs to the elite B An ex-lover from Eva, who left her after a fight about whether caviar is vegan or not C The first Treasury Secretary, George Washington’s Aide-de-Campe, Artillery Captain in the Continental Army and a co-author of The Federalist Papers D A pirate who was hanged by the British. His last words were: “Thou shall return to the sharks!” E The face on the $5 bill
What went wrong during my live show? A Half the stage design (which consisted of sheets hanging up in my room) fell down during the play and this was conveniently ignored by the actress. B The crew got drunk, forgot their cues and the cat made an unexpected cameo, portraying a wild mongoose. C The sound was muffled and the internet stopped. D Nothing went wrong, it went exactly as planned. E All of the above
The person to respond fastest with the correct answers can win:

All my best,
Eva 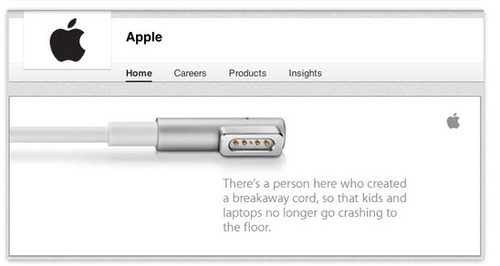 LinkedIn is the leading social networking site for professionals, so most business-to-business (B2B) companies should be putting serious energy into their

LinkedIn is the leading social networking site for professionals, so most business-to-business (B2B) companies should be putting serious energy into their Company Pages on LinkedIn.

With recent renovations to the LinkedIn Company Pages, there’s more room for creativity and innovation when it comes to connecting both with other businesses and with consumers. Here’s what your business needs to know.