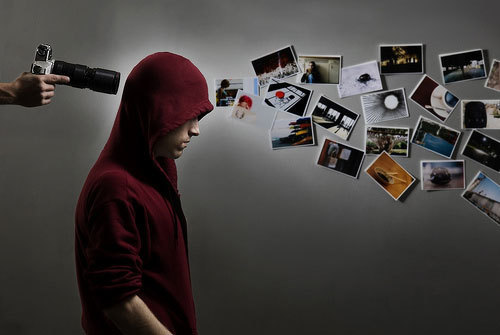 Young Americans who leave their great big homogeneous country and visit some other part of the world typically go through several stages of culture shock: first, dumb wide-eyed astonishment. Then a tentative engagement with the new country’s manners, cuisine, public transit systems and toilets, leading to a brief period of fatuous confidence that they are instant experts on the new country. As the visit wears on, homesickness begins to set in, and the traveler begins to appreciate, for the first time, how much he or she took for granted at home. At the same time it begins to seem obvious that many of one’s own cultures and traditions are essentially arbitrary, and could have been different; driving on the right side of the road, for example. When the traveler returns home and takes stock of the experience, he or she may have learned a good deal more about America than about the country they went to visit.

For the same reasons, Linux is worth trying. It is a strange country indeed, but you don’t have to live there; a brief sojourn suffices to give some flavor of the place and–more importantly–to lay bare everything that is taken for granted, and all that could have been done differently, under Windows or MacOS.

You can’t try it unless you install it. With any other OS, installing it would be a straightforward transaction: in exchange for money, some company would give you a CD-ROM, and you would be on your way. But a lot is subsumed in that kind of transaction, and has to be gone through and picked apart.

We like plain dealings and straightforward transactions in America. If you go to Egypt and, say, take a taxi somewhere, you become a part of the taxi driver’s life; he refuses to take your money because it would demean your friendship, he follows you around town, and weeps hot tears when you get in some other guy’s taxi. You end up meeting his kids at some point, and have to devote all sort of ingenuity to finding some way to compensate him without insulting his honor. It is exhausting. Sometimes you just want a simple Manhattan-style taxi ride.

But in order to have an American-style setup, where you can just go out and hail a taxi and be on your way, there must exist a whole hidden apparatus of medallions, inspectors, commissions, and so forth–which is fine as long as taxis are cheap and you can always get one. When the system fails to work in some way, it is mysterious and infuriating and turns otherwise reasonable people into conspiracy theorists. But when the Egyptian system breaks down, it breaks down transparently. You can’t get a taxi, but your driver’s nephew will show up, on foot, to explain the problem and apologize.

Microsoft and Apple do things the Manhattan way, with vast complexity hidden behind a wall of interface. Linux does things the Egypt way, with vast complexity strewn about all over the landscape. If you’ve just flown in from Manhattan, your first impulse will be to throw up your hands and say “For crying out loud! Will you people get a grip on yourselves!?” But this does not make friends in Linux-land any better than it would in Egypt.