Posted by Jan Bergmans on May 29, 2014
Posted in: Film. Tagged: communication, michaelcatlin, subtleart. 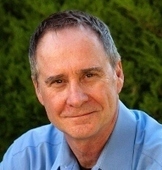 Michael has written and sold motion picture screenplays, including: The Enchantment, bought by Universal Pictures and The Burnbaum/Winkler Company in 1987; as well as an adaptation of Isabel Allende’s short story "Walimai" entitled Children of the Moon, in partnership with TVC – Communicazione Telavisia, Italy.  His most recent screenplay project, entitled Cante Jondo, is a richly layered story with strong musical elements; a love story set in the world of gypsy flamenco—flamenco puro. Michael has also just completed writing and presenting his one man show, entitled Bad Dad at the NoHo Art Center, in North Hollywood, California. Michael is a founding member of the multi-award winning NoHo Ace Theater Company at the NoHo Art Center in North Hollywood, and was the company Literary Manager before moving to Denver.