Story of Wish You Were Here

A conversation between Dr. Jordan Peterson and Sir Roger Scruton, moderated by Dr. Stephen Blackwood, introduced by Professor Douglas Hedley, presented by The Cambridge Centre for the Study of Platonism and Ralston College, held on Nov 2, 2018 in Cambridge, England. God willing (so to speak) I will be staying in Cambridge in October and November talking with the faculty at the Divinity School there about the book of Exodus prior to releasing a new series of videos about that biblical saga. Relevant Links: Sir Roger Scruton Books: https://www.roger-scruton.com/books Professor Douglas Hedley (who looks every bit the part he is playing): https://www.divinity.cam.ac.uk/direct… Dr. Stephen Blackwood and Ralston College: https://www.ralston.ac/

Hooray! The first ten minutes of my new play have been created. Well… ahem… let’s say it’s a work in progress. I will perform this 10 minute excerpt at the 24th annual Lower East Side Festival of the Arts:

With a criminal record and a vengeful ex-husband, Rachel Faucette attempts to keep food on the table and protect her son – Alexander Hamilton – from discovering the details of her sordid past.

Written and performed by Eva Dorrepaal. Created with support from the Susan Batson Studio and Hamilton’s New York.

I will perform it at approximately 8:44pm on May 24th downstairs in the Cabaret Theater, 155 First Ave at 10th Street, New York, NY 10003. It is the LES, which means sometimes shows are delayed, so keep that in mind. Entry: Free

“Brink’s five-film “Edwin Brienen Collection” is an invitation for extreme cineastes, if you will, to sample the work of a Dutch auteur, whose films can rightly be said to mirror those of Rainer Werner Fassbinder, Theo Van Gogh, Andy Warhol and artists associated with Brechtian theater. There’s no question that he elicits exemplary work from his small repertory company of fearless actors: Eva Dorrepaal, Esther Eva Verkaaik, Vivien LaFleur and Agnieszka Rozenbajgier.”

If you are not familiar with the work of this avant-garde Dutch filmmaker please join us for the screening.

In a futuristic world where terrorist attacks rule daily life, forced chip implantation is commonplace, and government control is routinely exerted through manipulation of the media, Traci is haunted by an inner demon.

Here is the trailer:

The screening of Revision – Apocalypse II will take place during the Film Program of LES the Lower East Side Festival of the Arts.

If you can’t make it to the screening, you can order the 5-film Blu-ray set at

And finally, what you all have been waiting for, the Eva Quiz:

1. Who was Alexander Hamilton’s mother, and how can her character best be described?

2. What was her profession?

3. On which accusation was she sentenced to prison?

The first person that replies with the correct answer wins:

Consolation prize: Free admission to the Lower East Side Festival.

Hope to see you,

To unsubscribe, send an e-mail to eva_dorrepaal@hotmail.com with “UNSUBSCRIBE” in the subject line.

Free Without Your Story

Posted by Jan Bergmans on November 14, 2017
Posted in: Film. Tagged: Adyashanti, story, your.

Modern Mythology: The Story of a Transmedia Revolution: (Part 2) The Story Wars 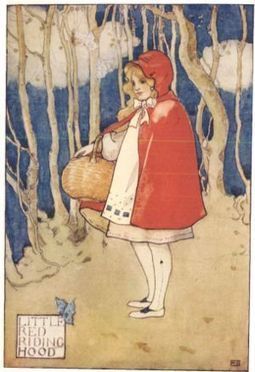 The Story of a Transmedia Revolution: (Part 2) The Story Wars Posted by Peter Usagi The Rise and Fall of a Story-Showing EmpireBy Peter UsagiThe Transmedia Revolution has begun!
Which side will you join?
An empire of greedy corporate media cartels?
Or an ancient and mysterious order of storytellers…
Image via PanicpostersAfter years of study, I’ve come to realize that contemporary storytelling—books, film, television (and to a significant extent, even live theater)—are a completely passive medium.  They are narratives that lack interaction and any kind of participation from their audience.  These mass-produced mediums of entertainment are more appropriately labeled "story-showing,” then storytelling. People often wonder why there isn’t anything "new" in Hollywood.  Why is it that every movie, TV show, and most popular literature, tastes like reheated "leftovers" disguised with some kind of mystery sauce?  It’s because after a century of industrialization, we’ve become indoctrinated as a species of “story consumers.” We’ve been raised to passively swallow the shallow narratives presented to us in our extended childhoods; schizophrenic mythologies filled with stories that have no depth, meaning, or purpose–other than to entertain (or perhaps more sinisterly, distract). All of our modern entertainment (all of our stories) are almost entirely mono-active.Our “entertainment industry” is simply a convenient medium for a 24/7 multimedia stream of consumer subconsciousness—peppered every fifteen minutes with commercials, product placement, and other forms of materialist propaganda.  Even traditional literature has become a victim to this malaise.