A journalist and author, Daniel Hannan has been a British member of the European Parliament since 1999. He first came to wide notice in the United States when he made a speech on the floor of the European Parliament addressing the then-prime minister of Great Britain, Gordon Brown, about his disastrous economic policies. Hannan’s latest book is A New Road to Serfdom: A Letter of Warning to America.

Amplifying on his new book, Daniel Hannan warns that the United States is Europeanizing, with all the inherent dangers that come with the expansion of the welfare state. “This expansion doesn’t just reduce economic growth, it tends to squeeze out personal morality.” Hannan, who connects the decline of the European family and society with the rise of cradle-to-grave welfare in Europe, has a special warning about the dangers of Obamacare “Once politicians assume responsibility for health care, they find that they have made an almost irreversible decision.” Hannan concludes that this drift to Europeanization is not inevitable if Americans honor the genius of the Founding Fathers. 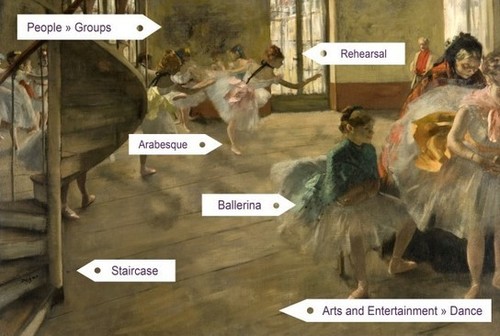 The Public Catalogue Foundation (PCF) is cataloguing the entire national collection of oil paintings in public ownership in the United Kingdom. It is a registered charity.

The PCF has partnered with the BBC to create Your Paintings, a unique website showcasing the entire collection of publicly owned oil paintings across the United Kingdom. Your Paintings Tagger, a pioneering crowd-sourcing exercise, will enable Your Paintings to be fully searchable.